Chris Weaver and his wife Joni left the USA with a vision to create 1000 jobs in Malawi Africa, to uplift the poor. Chris retired from a successful career in the corporate world and thought he could use his business skills to serve the Lord in one of the poorest nations in the world. After settling in at Zomba, an old town in the southern parts of Malawi (dating back to the colonial era) they soon discovered that starting a business in a country like Malawi was not anyone’s cup of tea. Being people of faith, they connected with a local church in the village where Chris started ministering to the men and Joni to the woman. As they heard the stories and challenges of their brothers and sisters they realized that poverty was a stark reality in that community. The basic need of food for every day was not even met. Most of the people in that church were farmers, so Chris saw the need to help them increase their yields. Not being a farmer himself, Chris invited one of the Crown Ministries Missionaries, Johannes Bos to train the congregation in compost making and Foundations for Farming. Soon there were five compost piles cooking in the back of the church. Every farmer in Malawi depends on synthetic fertilizer for enhancing the fertility of their depleted soils. The fertilizer has become so expensive that very few people can afford it anymore. Unfortunately people have such a strong faith in synthetic fertilizer that they don’t want to take the risk of changing their methodology. They will rather go into debt buying the expensive chemical than experimenting with an organic alternative.

As the compost was maturing Chris realized that they will soon need some land where they could apply the compost as a demonstration to convince the church members that this can really work. One lady heard that Chris was looking for land and decided to sell part of her property to him. After the purchase of the land became known in the community many more people approached Chris wanting to sell their land. Within one day they had 5.5 Acres of land. Since that day they increased the total land size to 34 Acres! The farm is employing 19 full-time workers at the moment and 80 – 90 seasonal workers. The church members employed on the farm started sharing the Gospel with the others. The result was a new church plant! Chris has a vision to use the land to produce an income for the ministry and to employ as many people as possible which gives them a discipleship opportunity.

Chris did not have enough compost to fertilize the entire land, so he used the compost on the first plot they planted and chicken manure from a local chicken farm on the rest. The maize grown with the compost fared much better than the maize with the chicken manure.

Today the local church where Chris started off with his mens' ministry is a different church! They have planted a new church and all the members who participated in the FfF discipleship program have benefited with yield increases on their own land. On top of that, there was a buzz in the community with the new farm nearby producing a bountiful harvest and supplying jobs for many who would otherwise been jobless. 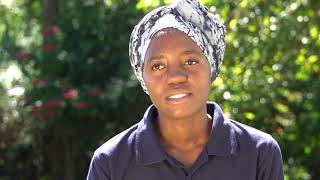 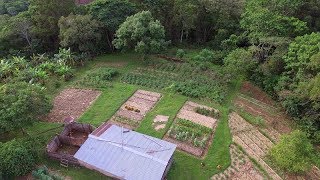 For no one can lay a foundation other than that which is laid, which is Jesus Christ. - 1 Corinthians 3:11 ESV